Bhutan is no ordinary place. It is the last great Himalayan kingdom, shrouded in mystery and magic, where a traditional Buddhist culture carefully embraces global developments.

The Buddhist Kingdom of Bhutan lies along the lofty ridges of the Eastern Himalayas – bordered by Tibet in the north and west; and Indian states in the east, west and south. The country within these borders forms a giant staircase, from a narrow strip of land in the south to some of the highest unclimbed Himalayan peaks on earth.

It was the mighty Himalayas which protected Bhutan from the rest of the world and left the Kingdom blissfully untouched. The Drukpa Kagyupa sect of Mahayana Buddhism has provided a rich culture and a fascinating history, and continues to play an important role in everyday life. The Bhutanese people protected this sacred heritage and unique identity for centuries by choosing to remain shrouded in a deeply guarded isolation.

With a relatively small population of 700,000 people, Bhutan enjoys a sustainable lifestyle. About 85% of the population of the country still live in small villages sparsely scattered over rugged mountain land. 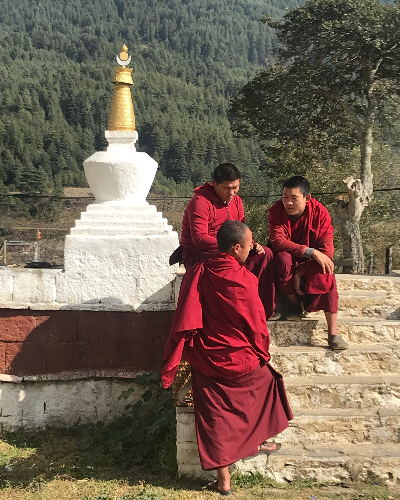 With over 30 years of experience Bhutan Soul Tour & Travel covers all areas of inbound tourism whether it’s corporate, leisure, groups or individuals. All travel experiences, events and incentives are customised to the clients’ needs.