If golden beaches, rising waves, misty mountains, mighty elephants, stealthy leopards, giant whales, a majestic past, lovely tea and warm smiles could sum up a country, that would be Sri Lanka.

Arab traders of long ago knew the island as Serendib, which is the origin of the word serendipity, reflecting the unexpected pleasures of the land.

Sri Lanka has often been described as a tropical paradise. The vegetation of the coastal belt is lush and dramatic, and the mountainous areas of the interior are spectacular. Pleasant sea breezes temper the coast’s tropical climate through most of the year; while the hills and mountains in the island’s centre are cool at night.

Sri Lanka, once known as the British Crown Colony of Ceylon, became independent in 1948, although it remained under dominion status. Its 1972 constitution proclaimed it an independent republic, and changed the country’s name. Finally, in 1978, a new constitution officially declared the island the Democratic Socialist Republic of Sri Lanka. 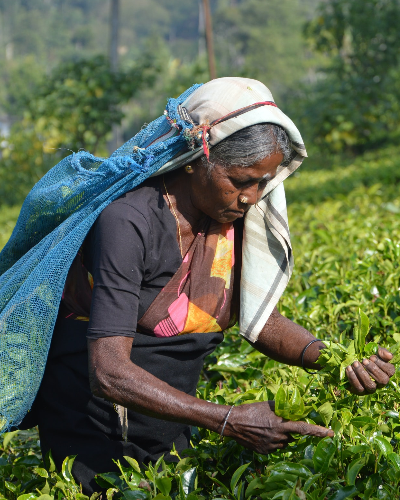 Take the scenic three-hour train ride from Nuwara Eliya to Ella passing by tea plantations and weaving in out of mountain tunnels on the descent into Ella. Sit on the left side of the train for the best views.

Jetwing is a family-owned Sri Lankan company that has provided the best in destination management solutions for over a quarter of a century. A respected stalwart in the Sri Lankan and international business arena it is credited with the creation and management of a repertoire of prestigious properties, acclaimed within the responsible, sustainable and nature tourism segments.

Jetwing pays homage to its legacy of entrepreneurship with a slew of new ventures and strategic partnerships on the horizon. The company’s core strength is in hotels and tourism, and includes a diverse array of services ranging from outbound package tours and IATA accredited ticketing to event management and
inbound tour operations.

Find out more about Jetwing Travels