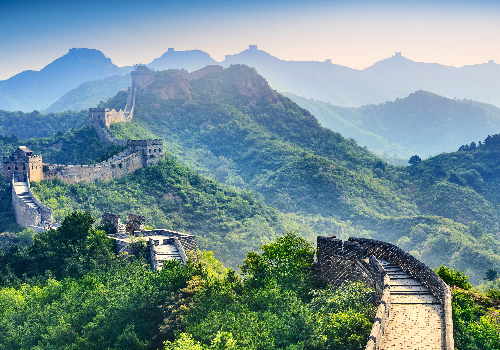 The Forbidden City, the Great Wall, the Terracotta Warriors and the cityscapes of Shanghai. Spend 12 days travelling through China to experience incredible sights and ancient cultures.  In addition to the well-known sights we’ll also visit lesser known places such as the the Yungang Grottoes in Datong, home to exquisite Buddhist cave art. We’ll walk the city walls in Pingyao and enter into the Wang Family Courtyard in the village of Jingsheng. 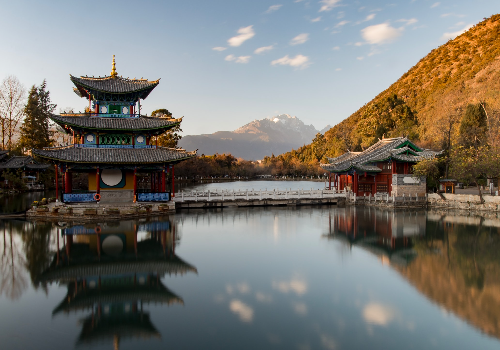 Shangri-la really does exist! Step into this lost paradise, home to important monasteries, mountains, lakes and grassland – and experience the Tibetan culture. Explore the Forbidden City in Beijing, home to 9999 different rooms; and walk along the Great Wall. Learn to cook delicious Chinese food in the Hutongs. Wander through the beautifully preserved maze of cobbled streets past canals, stone bridges and rickety wooden buildings in time-locked Lijang. 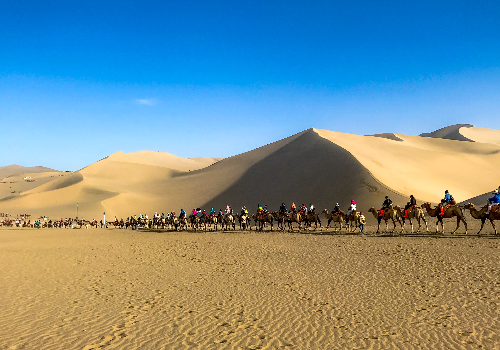 Retrace part of the ancient trade route on this 13 day epic journey from Beijing to Shanghai. In Gansu Province experience the fascinating Silk Road history; and discover painted rainbow mountains, ancient Buddhist caves, sweeping deserts and the Great Wall’s fearsome Jiayuguan Fort. And of course, we’ll walk along the Great Wall, enter into the Forbidden City, marvel at the Terracotta Warriors and uncover the ancient and modern sides of Shanghai.

China is a land with a long and varied history, from the times of the dynasties to the emerging giant of today. There are a myriad of contrasts and mysteries waiting to be discovered.

The third-largest country in the world by size, China is bound to the north by the deserts of Mongolia; to the west by the Tibetan plateau and the Himalayas; and to the east by the East and South China Seas. China’s 22 provinces and five autonomous regions are governed from Beijing, along with some 5000 islands. China isn’t just a country – it’s the old and the new world.

From shop-till-you-drop metropolises to the epic grasslands of Inner Mongolia – with deserts, sacred peaks, astounding caves and imperious ruins – China is a land of cultural and geographical wonders. It is also a land of towering mountains and epic landscapes – background scenery to the fall of dynasties, the rise of emperors and the turning of the revolutionary wheel.

China hasn’t done away with its Maoist past – it is more that the yin of revolutionary zeal is being balanced with the yang of economic pragmatism. The old guard communists are giving way to the new wave entrepreneurs.

Be impressed by the high standard of hotels, by the friendliness of the people and how safe it is to travel around. 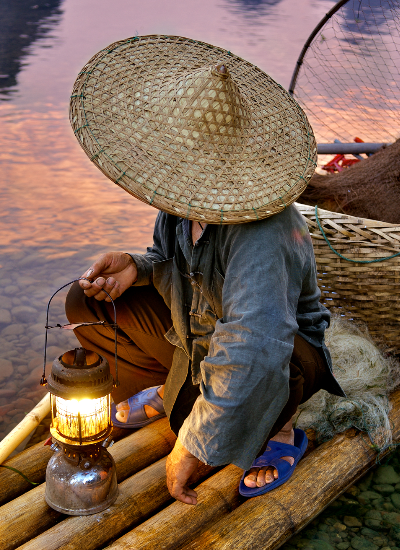 Bike or hike through Yangshuo’s enchanting scenery, with karst mountains and mist swirling around you. Take a  boat down the Li River to watch cormorants diving for fish.

Since WildChina’s first-ever trip in 2000, the company has helped thousands of travellers enjoy life-changing experiences in every corner of this vast and endlessly inspiring nation. Across three verticals that include leisure, corporate, and education travel, WildChina never crops out reality or cocoons travellers in a tourist bubble.

WildChina believes in the power of travel to transform, inspire, and bring people closer together, and they work tirelessly to personalise every detail for their guests. It’s this dedication, expertise, and passion for travel in China that makes WildChina an award-winning industry leader.