Bhutan – The Divine Madman and his Phallic ‘Thunderbolt’!

In late 2019, our Digital Marketing Communications Manager, Mary Eden, embarked on a tour through the Kingdom of Bhutan. This feature finds her in Punakha and an unexpected discovery.

Yes, you did read that right! Phallic worship has been going on for centuries, nowhere more so than in a tiny temple just outside Punakha in Bhutan…

Once upon a time (1455 – 1570 To be exact) there lived a monk called Drukpa Kuenley – an enlightened Buddhist master from Tibet who came to Bhutan to teach Buddhism to the local people. However, his methods of teaching were extremely unconventional and often outrageous. He believed in spreading ‘enlightenment’ through sleeping with literally thousands of women. In fact, sex was his way of blessing devotees – who fondly referred to him as Lam Drupka Kuenley, the ‘Divine Madman’.

This rogue monk was also a social critic who taunted the hypocrisy of the monastic order. He deliberately dressed as a vagabond and wandered the countryside indulging in song, dance, alcohol, feasting, hunting – and copious amounts of copulation. The use of his phallus as a ‘flaming thunderbolt’ weapon symbolises the discomfort that society experiences when faced with the truth.

He is said to have tamed a demoness using his mighty ‘flaming thunderbolt’! The demoness was buried on a hill where the Chimi Lakhang Temple now stands. The phallus has also become a symbol to ward off evil spirits. 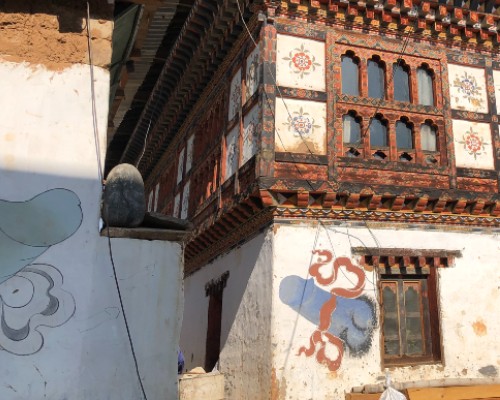 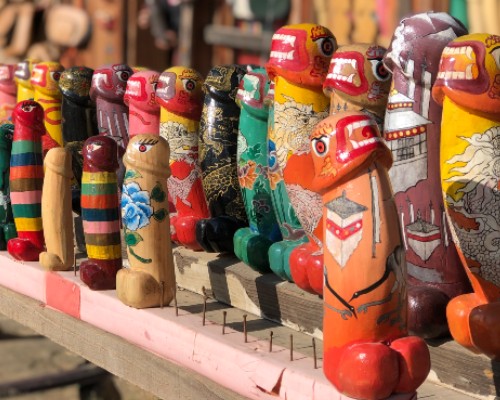 The route to the Chimi Lakhang Temple takes us through a small village whose heritage-style houses are adorned with brightly coloured paintings of phalluses – they’re painted on the walls and placed above doorways to bless women, ward off evil spirits and stop malicious gossip.  The shops sell phallus-inspired souvenirs along with other types of charms and Buddhist artworks. After leaving the village, the path continues through vibrant rice fields dotted with chortens where prayer flags flutter in the breeze.

Also known as the Fertility Temple, the Chimi Lhakhang Temple is dedicated to the eccentric Drukpa Kuenley. It is an elegant structure with a golden roof and lined with prayers wheels. Inside is the original wooden phallus symbol that Kunley brought from Tibet. It is decorated with a silver handle and is used to bless infertile couples who visit the monastery on pilgrimage. The woman is then given a giant wooden phallus to hold while walking three times around the temple, followed by more prayers. There is a photo album inside the temple showing photos of couples from all over the world who conceived a child soon after visiting the temple. 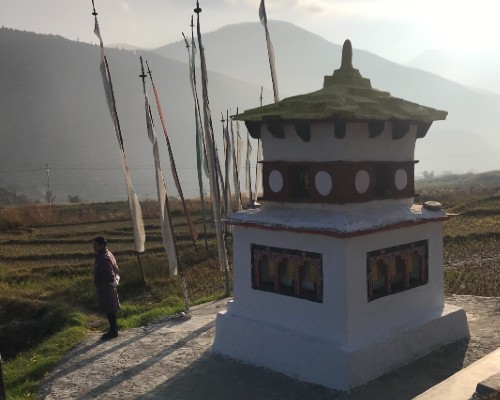 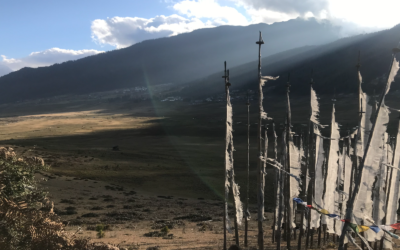 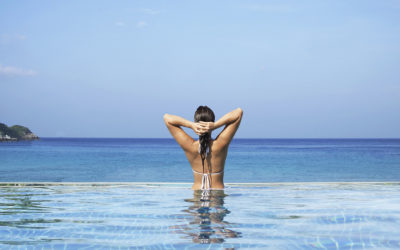 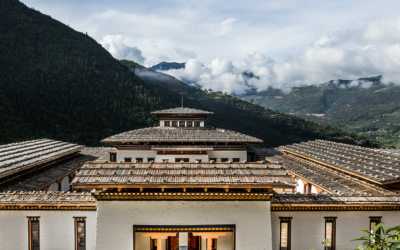 Hotels With a Story to Tell: Bhutan Spirit Sanctuary